Happy times are here and yes it’s been a minute but let me catch you up to speed. We got very busy in 2018 and our first goal was to take the show on the road. Unfortunately we got stuck at my place due to a snow storm and instead had a Karaoke party. Yea it’s not what we wanted but as you can see it was enjoyed.

The whole cast was there and there’s nothing like a pizza party with a bunch of lit folks. Need I say more..

Once the storm passes it was time to get ready for the next project and that was Frozen by Isis Productions. For myself and Drew it was truly about putting in the work as we hustle to rehearsal to get the understanding of the script, the lighting and the lighting and the sounds for it. 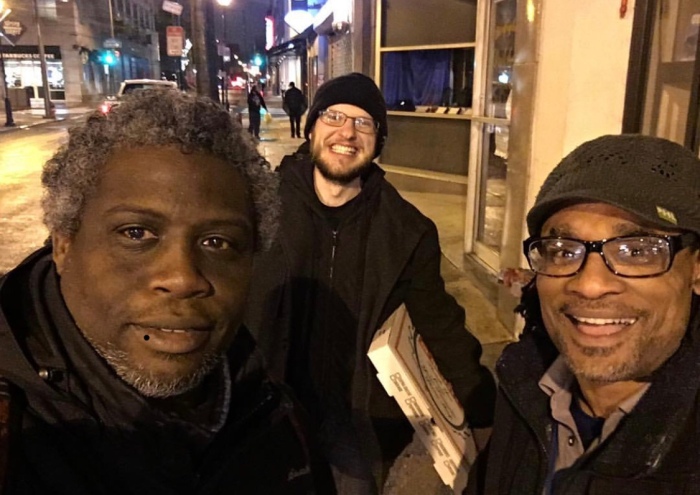 This was a day in and out process but in the end resulted in a great production and the end to a great 3wk Run.